To reach the airport, take the Air Base Road (Highway 498) exit #90 from I-49, and drive west, about two miles to the terminal. AEX can also be reached from State Highway 28 West, and then on Highway 3054.

The terminal features the latest in travel conveniences. For example, charging stations have been installed for convenient charging of travelers' phones, tablets, and devices.

Onsite parking is available. Uber rideshare service is also available at the airport.

The airport is located at the site of the former England Air Force Base. When the base closed in 1992, Alexandria's commercial airport operations were transferred to AEX from Esler Field which is located east of Pineville.

In October of 2011, the terminal was named the James L. Meyer Commercial Terminal in honor of the man who was a major driving force in the development, and success, of England Airpark.

Rental cars are available from Avis, National, Budget and Hertz.

Hotels and Dining near the AEX Airport

Several otels are located about a mile from AEX, at the Airbase Drive exit 90 from I-49, including the Hampton Inn & Suites Alexandria and LaQuinta Inn & Suites. Other lodging properties are located throughout the Alexandria-Pineville metro area.

A Cracker Barrel Store is located nearby at the I-49 exit along with several fast-food outlets. 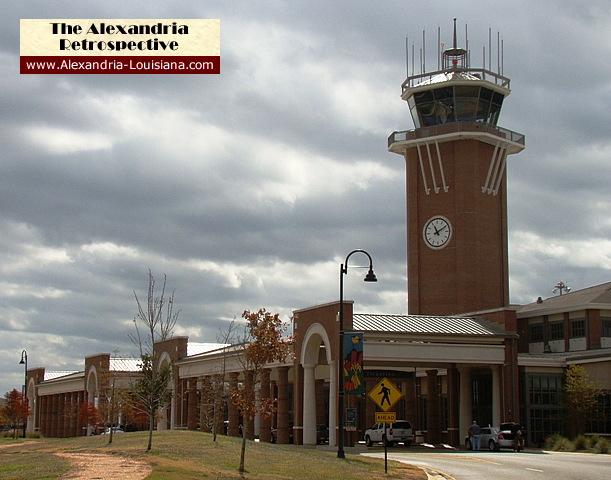 F-84F Thunderstreak at airpark at entrance to AEX 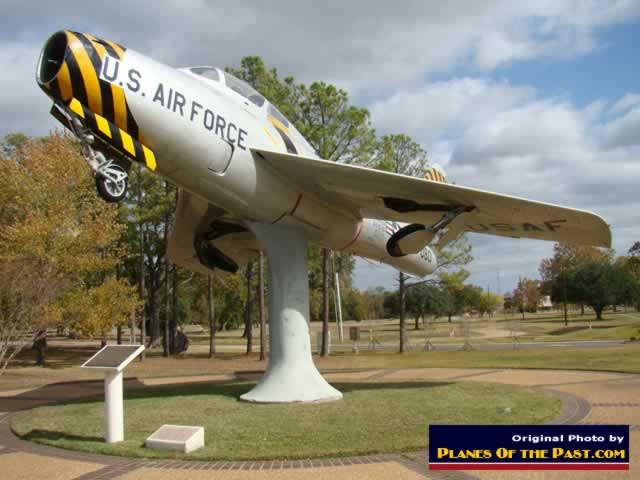 Scenes from the former England Air Force Base 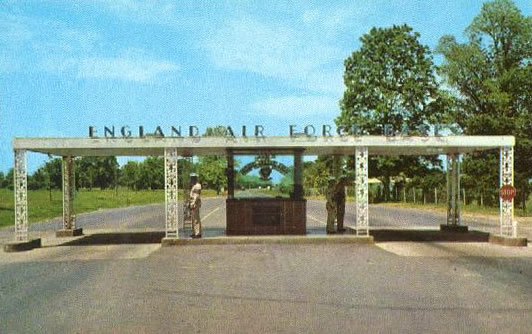 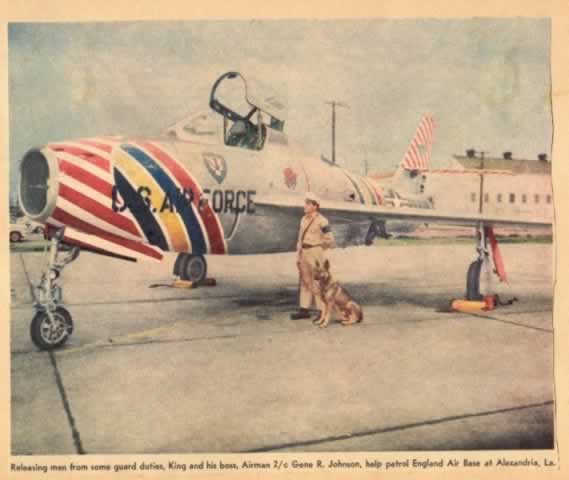 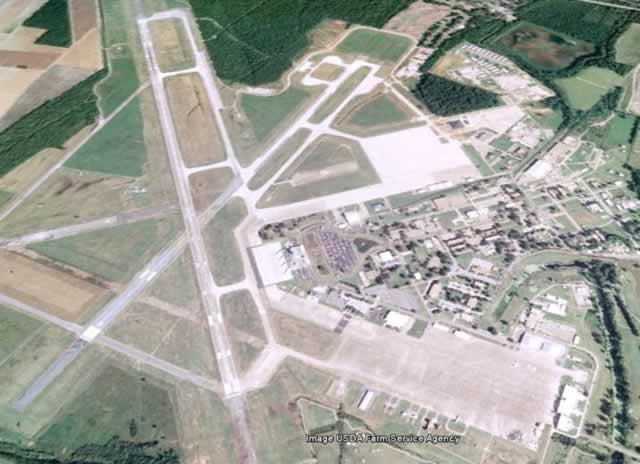